WAYS THE PANDEMIC IS CHANGING US FOREVER Will the world ever be the same again? Will we? Hear how Tom is being permanently transformed by almost a year in hiding. Is it really all that bad?

How is the pandemic changing you? Will you ever be the same? Write: tom@blowmeuptom.com.

TOM CANCELS HIS ANNUAL ORPHAN THANKSGIVING Despite his various ups and downs, Tom's been doing it since that infamous first Orphan Thanksgiving in 1979 in New York City. But he finally ran up against a foe bigger than any: COVID-19. 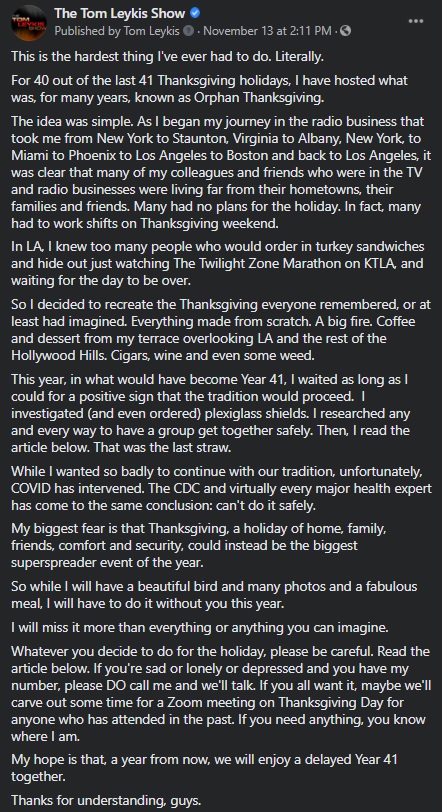 Here's the story referenced above that finally convinced Tom to give up on trying to stage his annual Orphan Thanksgiving event for 2020.

TRUMP: LOO-ZAH! You asked for it and it's here! Tom's take on the election results, his former friends and associates who got the boot, and what he thinks will happen next.

What's your take on the election? Let Tom know: tom@blowmeuptom.com.

A FEW WORDS FROM TOM ON HIS PODCAST'S 2-YEAR ANNIVERSARY October 28, 2020 marks two years for the Tom Leykis Podcast! On this occasion, Tom has some words for supporters like you, and for deadbeats like the one in the illustration below. 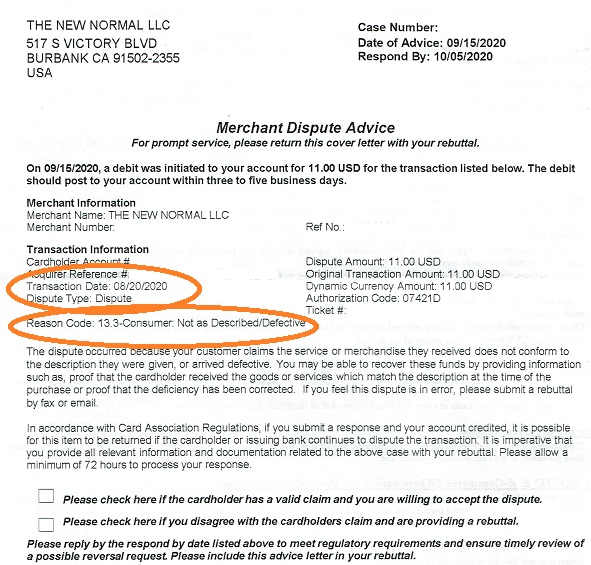 Here's the notice Tom received from a subscriber who called his credit card company to reverse the charge for a month of use of Premium Tom because it was "not as described or defective," then, kept on subscribing!

WRITING PEOPLE OUT OF YOUR LIFE The late Johnny Carson was said to be "good at writing people out of his life" as if it were a bad thing. But is it? Tom says that in order to become and remain successful, it's practically a necessity.

RUDY, TOOBIN, & LOUIS CK What is it about guys who have a proclivity to stick their hands down their pants? Tom weighs in. 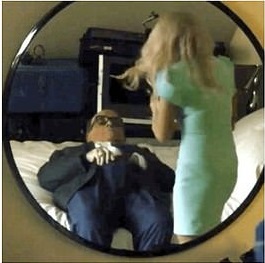 WHO AND WHAT DID TOM VOTE FOR? You've been asking. And here it is. Tom's votes and his explanation. Also, why Tom doesn't belong to a political party. It's all here.

Here is an actual copy of Tom's LA ballot. Just click here to see EXACTLY who Tom voted for from his own district in the Hollywood Hills.

IT'S EVERYONE'S FAULT BUT HERS Who told this woman to move in with an abuser, become financially dependent on him, and get trapped into living with him because of her mountain of credit card bills for things like leather skirts and expensive cocktails? According to her blog, his, apparently.

Here's the blog Tom talks about in this episode.

Whose side are you on? Tell Tom NOW: tom@blowmeuptom.com.

DID THIS COVID-19 PANDEMIC SAVE TOM'S LIFE? Hear a major revelation from Tom. While others are whining about not being able to go out and get a beer or see a game, Tom is actually thankful for what this pandemic has brought his way.

This is the book Tom talks about in this episode.

Tell Tom what you think: tom@blowmeuptom.com.

GOODBYE TRUMPTARDS! Tom decided not only to block Donald Trump supporters from his social media pages, but from his life. Have you done this? Hear about Tom's experience saying goodbye to friends he's known for decades as well as many with whom he has worked.

Here is what Tom posted on The Tom Leykis Show Facebook page about Trump supporters and the response to it.

Have you had to cut Trump supporters out of your life? Tell Tom your story: tom@blowmeuptom.com.