SHOULD THE HOMELESS HAVE TO USE A POOR DOOR? nearly 100 homeless men being housed at New York City's La Guardia Airport Marriott, purportedly had to use a “poor door” in the back rather than entering through the lobby. Bartender Geraldo Rodriquez told the New York Post, “They said it was the employee entrance,” he said. “I felt so ashamed.” But, should we care?

From The New York Post: Homeless must use back door at La Guardia Marriott

Poor doors? What do you think? Tell Tom now: tom@blowmeuptom.com.

ARE DOLLAR STORES "KILLING AMERICA"? Local grocery stores are blaming their hard times on the proliferation of dollar stores such as Dollar Tree and Dollar General. Professor Barry Popkin, professor of nutrition at the University of North Carolina at Chapel Hill, says to the various dollar stores, "'Shame on you. You're killing America just so you can get richer." Listen and decide if you agree!

Here's the original article that got Tom so hyped up.

"Food desert" as defined by Wikipedia.

From the Atlanta Journal-Constitution: OPINION: Are dollar stores the problem or the symptom of larger issue?

What do they sell at dollar stores? Take a gander at Dollar General's website!

Do you agree about food deserts? Tell Tom how you feel: tom@blowmeuptom.com.

BLACK LIVES DO MATTER BUT SPORTS BOYCOTTS DON'T So many tragic, unjustified deaths of African American men. So many Americans justifiably angry. From Olympic athletes John Carlos and Tommie Smith to Colin Kaepernick to today's Dodgers and Milwaukee Bucks, we have seen all kinds of protests against these injustices. But, in the end, are the people who could change things paying attention?

Tommie Smith At The 1968 Olympic Games In Mexico City

Click here to learn about the historic Olympic protest of John Carlos and Tommie Smith.

Where do you stand? Weigh in: tom@blowmeuptom.com.

BLACK WINES MATTER This year's news events involving George Floyd have brought attention to America's Black-owned businesses, and there are more Black-owned wineries than you think. In this episode, Tom talks to Livermore Valley vintner Phil Long of Longevity Wines and President of the Association of African American Vintners (AAAV).

Here's the article that brought Phil Long to Tom's attention.

HERMAN CAIN: "YOU REAP WHAT YOU SOW" Herman Cain, the one-time Republican candidate for president, has died following his mask-free visit to Donald Trump's recent campaign visit to Tulsa. Are you sad? Tom's not! 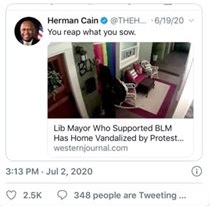 Tom calls this tweet "the very definition of irony." 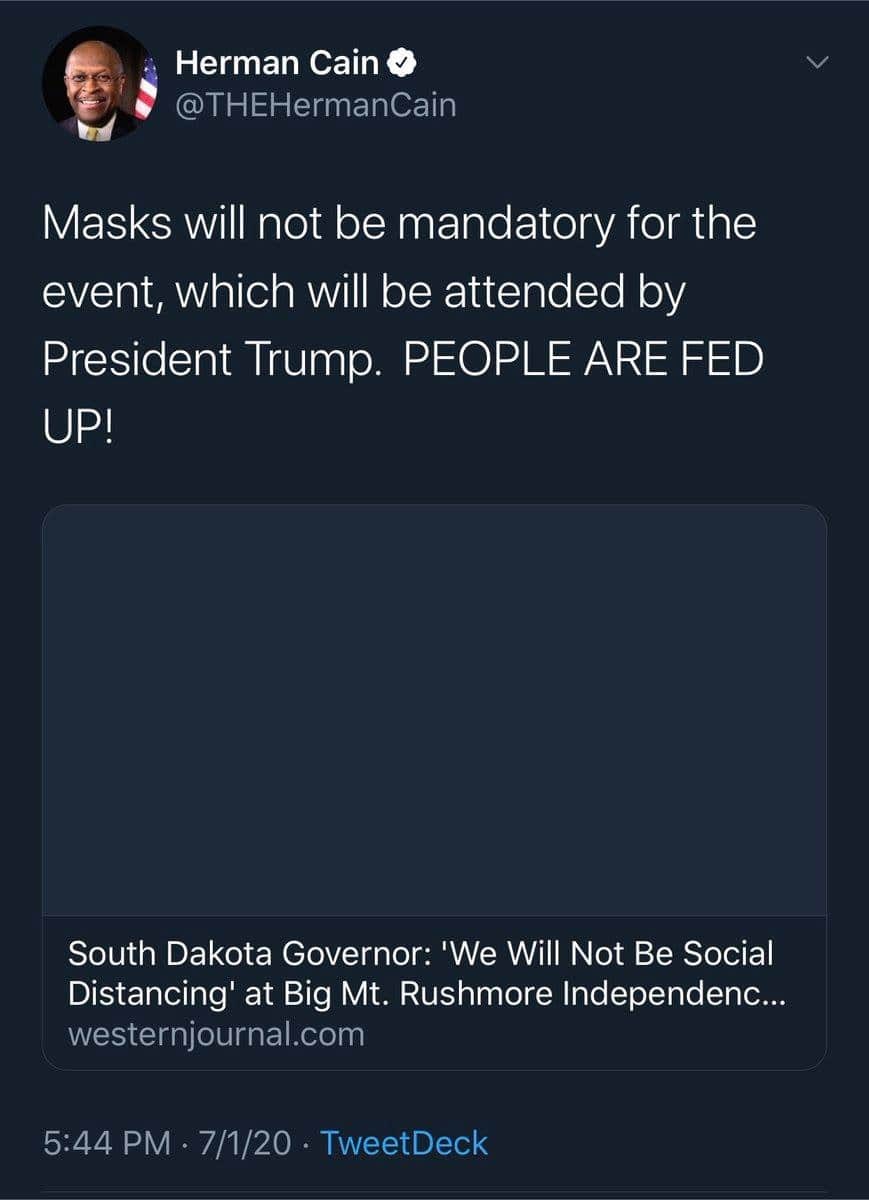 Tom says that "masks won't be mandatory where Herman Cain is going!" 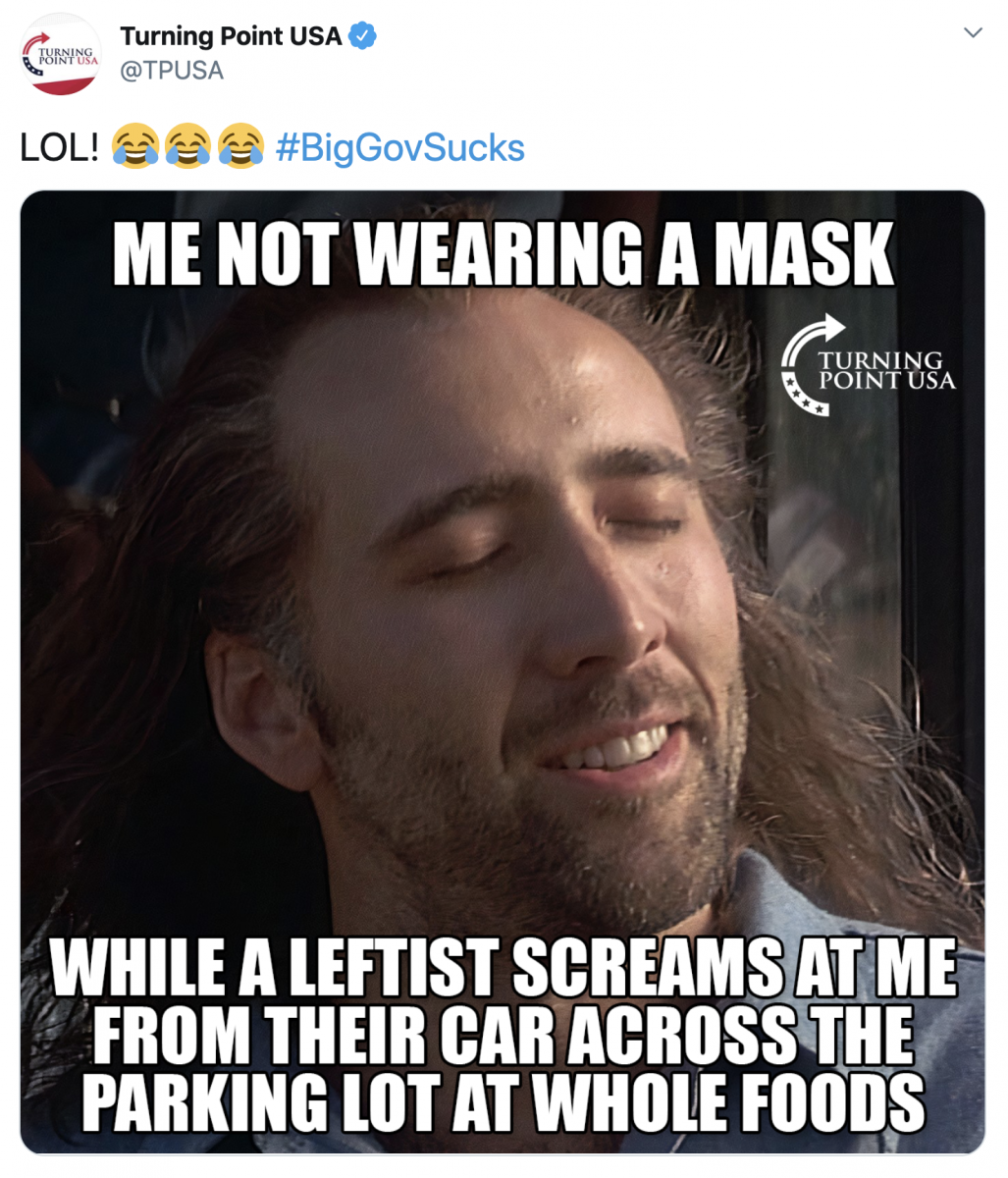 This tweet mysteriously disappeared after the guy behind it, Bill Montgomery, died of COVID-19.

Do you agree with Tom about Herman Cain or disagree? Tell him: tom@blowmeuptom.com.

COVID-19 IS NOW SPIKING ALL OVER THE COUNTRY Are you sad? Tom isn't as sad as you'd expect! Find out why.

From The Washington Post: In wake of Trump’s Tulsa rally, his campaign is still contending with the fallout

From Today: Arizona man, 30, who got COVID-19 at crowded bar: 'I thought I was invincible'

From The Washington Post: ‘We just need some more optimism’: Rand Paul’s crusade against Anthony Fauci takes a curious turn

From ABC News: Alabama students throwing 'COVID parties' to see who gets infected

What's your position on the spread of COVID-19? Write Tom and tell him: tom@blowmeuptom.com.

AUNT JEMIMA TO VANISH; UNCLE BEN SOON TO FOLLOW The death of George Floyd will now result in the death of longtime fictional product spokesperson Aunt Jemima and, soon possibly, Uncle Ben of "converted rice" fame as well. So many of us are justifiably sad about the deaths of George Floyd and Rayshard Brooks, but will the demise of Aunt Jemima, Uncle Ben, and Sambo's Restaurants make any difference?

From The New York Times: Uncle Ben, Board Chairman 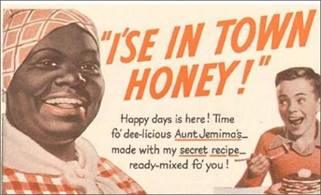 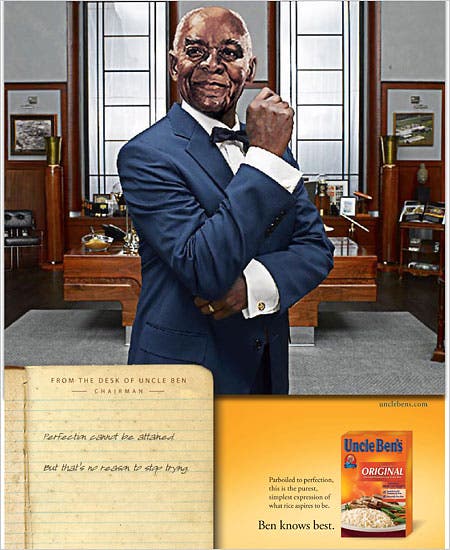 TOM'S CONFLICTED FEELINGS ABOUT COVID-19 VICTIMS Tom's in his fourth month of sheltering-in-place as Donald Trump's "reopening of America" begins. As cases spike all over America, Tom deals with his conflicted feelings about the situation. Is it so wrong to be happy about the way things are going for some?

The White House, as usual, is in denial about what's going on.

How New York’s Coronavirus Response Made the Pandemic Worse

Houston on ‘Precipice of Disaster’ With Virus Cases Spreading

Alarming rise in virus cases as states roll back lockdowns

Current number of US COVID-19 cases and deaths

YOU THINK THIS IS BAD? The civil unrest we saw across the country on the night of May 30th was heartbreaking. After that, in comes the National Guard! Is that the end of it, or is it only the beginning?

This time of social unrest makes it a great time to look back at this Nipsey Hussle track from 2016.

WHY HERD IMMUNITY WON'T SAVE YOU FROM COVID-19 Were you out at a crowded beach or public pool? Is it because people said you would be protected by something called "herd immunity"? Tom's got some bad news for you.

Here's the piece in The Washington Post that got Tom all revved up: ‘An international example of bad judgment’: Local officials stunned by raucous Memorial Day festivities

WebMD has what Tom considers to be the best piece explaining herd immunity.

Without A Vaccine, Herd Immunity Won’t Save Us

Is Herd Immunity Our Best Weapon Against COVID-19?

What the Proponents of ‘Natural’ Herd Immunity Don’t Say