SCHOOL SHOOTINGS AND "TOXIC MASCULINITY" Another school shooting, this time, north of Los Angeles. And more searching for answers. Here's what a woman on Twitter wrote:

Do you agree? Find out what Tom thinks!

FORMER MAJOR LEAGUER SHOWS US WHY ADDICTS DON'T DESERVE SECOND CHANCES Josh Hamilton, who formerly played with the Angels and who had two tours with the Texas Rangers, is now accused of throwing a full bottle of water at his teenage daughter, then grabbing the chair on which she was sitting out from under her and throwing it at her. He has a history of crack addiction and alcoholism, and has received a number of second chances. Find out what this tells us about him and what it means for you and the addicts in your life.

This 2013 story from the Los Angeles Times when the Angels signed Josh Hamilton tells you all about Hamilton's past, a story that maybe the Angels should have taken as a warning.

From NBC 5/Dallas: Josh Hamilton Arrested, Accused of Felony Injury to a Child

Tom thinks that addicts don't deserve second chances. What do you think? Tell him: tom@blowmeuptom.com.

THE TRUTH ABOUT TYLER SKAGGS is exactly what we said here previously and even worse.  And we don't even know everything about who knew about the Angels pitcher's drug habit before he choked on his own vomit and died in a Texas hotel room. But, as Tom points out, there are several things we now do know, and one of them is that your hero wasn't exactly the poor, innocent, fun-loving guy you were led to believe!

Here is ESPN's original scoop about the Angels employee who may have procured drugs for Tyler Skaggs.

Here is the Orange County Register's story about the statement from the Angels employee who says he did drugs with Skaggs.

More on the story from the Wall Street Journal.

Hear our original episode from almost three months earlier, laying out what appears to have been the truth, almost three full months before the ESPN story. (Tom got a lot of heat for this one!)

Hear our August 30, 2019 episode after the overdose news originally came out.

Did Tyler Skaggs deserve the hero's treatment he received when he overdosed? What should the Los Angeles Angels do about his memory going forward? Tell Tom: tom@blowmeuptom.com.

NOW WE KNOW WHAT REALLY HAPPENED TO ANGELS PITCHER TYLER SKAGGS Of course, our listeners pretty much knew the outcome of the Skaggs autopsy in an episode all the way back on July 18, 2019. And remember when a Santa Monica publication was blasted by Texas police and even the Angels themselves? They received so many threats for publishing a column rightly speculating that Skaggs did himself in with drugs, they scrubbed the column from their website! Tom wades right in!

Here's the story from the Los Angeles Times that came out moments after the Skaggs autopsy was released.

What do you think about the death of Tyler Skaggs? Tell Tom now: tom@blowmeuptom.com.

SHOULD WE "INVEST" IN PROFESSIONAL WOMEN'S TEAM SPORTS? That's the opinion of professional women's soccer players and some sports columnists. Is the reason we don't care about women's team sports because we're a nation of misogynists? Or, because private companies such as ESPN aren't being politically correct by doing their part to promote women's team sports?

Here is Arash Markazi's column in the Los Angeles Times that sparked this episode.

Here are the actual attendance figures for the National Women's Soccer League (NWSL). (Bring your microscope!)

MASS SHOOTING CARNAGE CONTINUES Three major mass shootings in a week. Two within a 24-hour period. 32 dead. Scores injured. Why does this keep happening? Will it ever end? Tom lays it all out.

Don't read it if you don't want to! The godawful "manifesto" from the alleged El Paso shooter.

What's your take on all these mass shootings? Tom wants to know: tom@blowmeuptom.com.

THE RESULTS OF GILLETTE"S CAMPAIGN AGAINST MEN ARE IN Actions have consequences! As we discussed in early 2019, Gillette, a division of one of the world's largest conglomerates, Procter & Gamble, took what many called a bold step, taking aim at the very people who buy their products. And how did America's men react? Well, according to the latest financial results, the reaction was "the best a man can get".

This is the story that Tom referenced on this episode.

What do you think? Write Tom and tell him: tom@blowmeuptom.com.

FACTS ABOUT THE "OPIOID CRISIS" CONTINUE TO POUR OUT The Washington Post is doing fine work exposing who is behind the explosion of available opioid pills in this country. Trillions spent. Millions in prison. Tens of thousands dead every year. What can we do about this? And, more importantly, what should we do about this?

Ending the War on Drugs: By the Numbers -- The Center for American Progress

Tell Tom what you think: tom@blowmeuptom.com.

DEADBEAT NATION: FIRST EPISODE Creeping deadbeatism has become such a national phenomenon, it deserves its own segment. In this episode, a Pennsylvania school district causes an uproar when it demands overdue payment of more than $22,000 for student breakfasts and lunches that were eaten, yet the parents never paid. The district is threatening to put the kids of deadbeat families into foster care and to feed them nothing but peanut butter and jelly sandwiches if they don't pay up. They're calling it "lunch shaming". Can you imagine? Offering taxpayer-subsidized low-cost hot meals on credit to deadbeat parents and then actually expecting them to pay for what their kids have eaten? The nerve!

Click here for the CNN story that originally set Tom off.

Should parents have to pay their deliquent school meal bills? Tell Tom: tom@blowmeuptom.com. 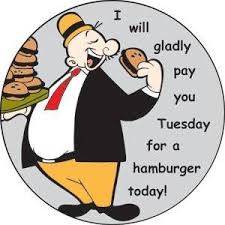 THE DEATH OF TYLER SKAGGS It's so sad when an apparently healthy 27-year-old in the prime of his life dies all alone in a faraway hotel room. But now that all the tributes and the combined no-hitter and the numerical coincidences are through, Tom takes a look at the possibilities which no one seems to want to consider.

Here is the Lee Goodwin column Tom read aloud on this episode.

Here's a London Daily Mail piece on the death of Tyler Skaggs.

The Santa Monica Observer explains why they scrubbed the column they had published speculating on the death of Tyler Skaggs.

Agree or disagree? Be heard: tom@blowmeuptom.com.