HOW TOM BECAME OBSESSED WITH SAVING MONEY It all began in elementary school. Also, Tom makes a major revelation you've never heard before that could very well surprise you. (Or maybe it won't)! 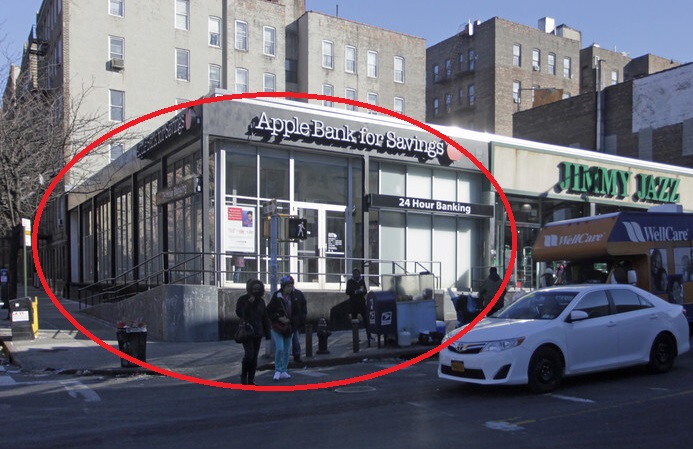 This Apple Bank on 170th Street in The Bronx was once the Dollar Savings Bank where Tom had a passbook savings account as a schoolkid.

Not the exact clock in the episode, but very similar. If you listen, you'll understand.

TOM'S TIRED OF THE HILLBILLIES, THE ANTI-SCIENCE DOOFUSES, AND THE JUST PLAIN STUPIDS Our country is now overrun by them: the idiots. Someone had to say something. Somebody just did.

DON'T GET MARRIED, BUT HEED THIS ADVICE IF YOU INSIST ON DOING IT Leykis 101 students should know better. (Tom has already smoked out many students who were secretly married, or engaged, or who secretly have kids.) You're already breaking the biggest rule, so when you do, at least pay attention to these rules.

Have a question for Your Professor? Send it in: tom@blowmeuptom.com.

THE TABLES HAVE TURNED AND TOM'S COMING FOR YOU Anti-maskers and anti-vaxxers held us all hostages and made the pandemic lockdown take so much longer than it had to. But now, the vaccinated are immune. And it's the Karens, the Trumpers, the anti-maskers and the anti-vaxxers who are at risk. Payback time!

L.A. County Is Recommending that People Go Back to Wearing Masks Indoors

Will you be masking up again? Tell Tom: tom@blowmeuptom.com.

REAL ESTATE IS ALL ABOUT DIRT Have we learned anything yet from the Surfside condo tragedy?

Money question? Send it in: tom@blowmeuptom.com.

NO ONE WANTS TO GO BACK TO NORMAL Tom has had his own journey during this pandemic, all of which he has documented here. But what about the rest of us? We've had 16 months to re-evaluate and consider how we're tired of taking other people's shit. Are you one of these people?

How has the lockdown changed you and the people you know? Tell Tom: tom@blowmeuptom.com.

FATHER'S DAY: WHAT MAKES A GREAT FATHER? Tom never wanted to BE a father, but he has great respect for those who do it right. Who does it right?

He wants his son back:' Father of Dodgers' Andrew Toles refuses to lose son to schizophrenia

GUSTAVO ARELLANO AND WOKOSOS IN THE HEIGHTS Los Angeles Times columnist and longtime Leykis guest Gustavo Arellano discuss the "woke" reaction to the Lin-Manuel Miranda film In The Heights, the wokester community in general, and the sudden need of advertisers to suddenly squeeze Black people into TV commercials where they've never been before.

NOW THAT TOM'S BACK FROM HIS LOCKDOWN, HE HAS EVEN LESS PATIENCE FOR OTHER PEOPLE'S SHIT 16 months in hiding made Tom realize how short life is. Putting up with people's demands, complaints, or disappointments is not in the cards for him. Find out why.

Comments? Let Tom have it: tom@blowmeuptom.com.