CHRISTMAS IN THE BRONX/JEAN SHEPHERD'S RADIO VERSION OF A CHRISTMAS STORY  Here it is: Tom's annual Christmas gift to all the P1s! In the first two hours, Tom tells about his lifelong relationship with the Christmas holiday. Then, Tom introduces you to his broadcasting idol growing up, Jean Shepherd, creator of the characters in the classic holiday film A Christmas Story.

You've probably seen A Christmas Story, but did you know that it began as a story told on the radio when Tom was a kid? Hear the story of Ralphie, his brother Randy, and the Red Ryder BB gun as it was originally told by one of America's all-time great storytellers...and Tom's biggest influence in his style of storytelling. An exact, unedited recording of the original aircheck from WOR/New York just as Tom heard it under the covers on the night of Christmas Eve! We recommend listening late at night, under your tree or under the covers, for the full effect.

NOTE: Super Premium subscribers will hear the original WOR commercials from the late 60s for the sake of authenticity on the Jean Shepherd segment. No paid commercials from The New Normal LLC can be heard here.

COMING OUT OF THE WOODWORK Most people spend their Christmas season waiting for the Big Man to come down their chimney. But you won't believe what came out of the woodwork for Tom during the holiday season!

A whole new perspective of Christmas but from the dark side! Here's the first of five soon-to-be-classic holiday episodes that could be some of our best this year!

TOM'S YEAR-END MESSAGE ABOUT MONEY What can we do better in 2020? What we need to do in the new year. Why we need to start now. Is it wrong for credit cards to give the best deals to their wealthiest, most creditworthy customers? Tom lays it all out for you!

Here is the opinion piece from the Los Angeles Times about credit card rewards that Tom references in this episode.

WHY IS PROSTITUTION STILL ILLEGAL? Or, for that matter, pornography or S&M or any other kind of sex work? And what's being done about it? Could legalizing these kinds of professions make society better or make women safer? Find out from Tom's guest, sex worker and activist Kaytlin Bailey, communications director of the organization Decriminalizing Sex Work. Hear about Robert Kraft, Jeffrey Epstein, and more!

TOM'S FAVORITE MUTUAL FUNDS FOR 2020 Gold and Silver-rated funds Tom trusts in the new year. Things he's avoiding. What about dividends and real estate? It's all here!

Here's a very useful article on 2020 from Barron's that Tom used to prepare for this episode. IMPORTANT: don't make any investments into any Vanguard funds mentioned until 12/17/19 once capital gains have all been distributed.

Here's the February 2019 New York Post article that started it all.

Where do you stand? Tell Tom NOW: tom@blowmeuptom.com.

BACK CHILD SUPPORT What should you do if you find out that your kid is not your kid? Try to collect back child support from the real father? This really happened to a reader of an advice column. Listen and find out how not to become THIS guy!

Here is the original advice column Tom talks about here.

What do you think? Tell Tom directly: tom@blowmeuptom.com.

PELOTON UPROAR Social media has been in a tizzy about a holiday TV commercial for the Peloton stationary bike. What's the fuss all about? Tom breaks it down.

How do you feel about this Peloton ad? Before you answer, make sure you've seen the actual spot, posted below:

What do you think about this spot? Let Tom know: tom@blowmeuptom.com.

RALPH NADER talks with Tom in this exclusive interview about what's wrong with politics and politicians today and what you could be doing about it. Many of you have asked us to talk more about politics. Click and hear this iconic guest! Find out if you agree or disagree!

How do you feel about Ralph Nader? Tell Tom here: tom@blowmeuptom.com. 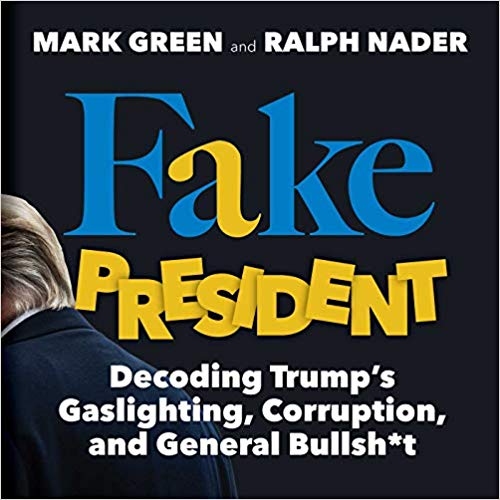 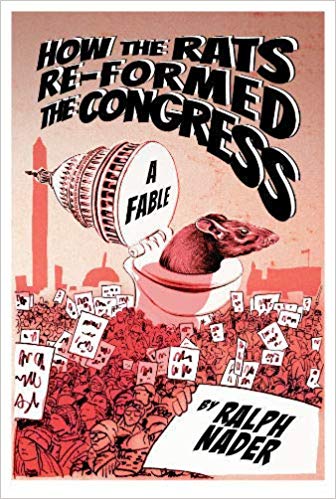 MAN OVERBOARD! Tom has been warning you for more than two years, and now a recession is near. Regular listeners have made a lot of money following Tom's advice over the years. What should you do now??

In preparing for this episode, Tom used this piece from The New York Times: How the Recession of 2020 Could Happen.

Barron's also thinks a recession is coming in Trump Might Have Made a Recession More Likely. Here’s How.

Here's how Marketwatch sees 2020:  Are stock-market investors underestimating the chances of a recession in 2020?

What will you do about your IRA, your 401(k), or other investments in 2020? Write Tom directly at tom@blowmeuptom.com.